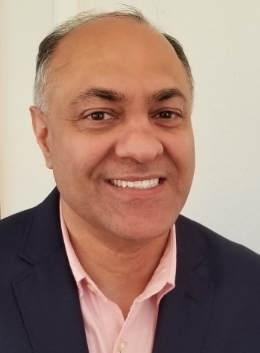 I'm Hari Titan. My wife and I have had children in Piedmont schools since we arrived in 2008. My youngest child is currently a freshman at PHS.

I'm a parent, a scientist, and a former college professor running for School Board in Piedmont.

I worked as a mathematician and data scientist for 20 years. I have a Ph.D. In Computer Science and a Masters in Mathematics. My consulting practice has a work-life balance that facilitates my active involvement in Piedmont civics, principally school-related, since 2013.

I have observed school board meetings on and off for 7 years and found plenty of opportunities for “doing the math” to improve decisions. School board decisions should be based on facts, logic, and the best data and evidence available. My experience and vocation equip me to make decisions from a very scientific and analytical perspective.

While participating in school board meetings, I demonstrated leadership on many issues. I was:

(*) These were adopted year(s) after first promotion.
(**) At least 343 people downloaded this report and 25% of report readers surveyed were influenced to vote Yes with another 15% to maybe vote Yes.

The education and health of students is my primary focus. I believe the PUSD Board needs to maximize both the safety and achievement of every Piedmont student. Even in especially complicated times like these, it is possible to meet both of those goals. We owe it to the students to work towards that goal.

A Safety Summit between experts, teachers, staff, parents and the school board is key to reopening schools after we regain autonomy. A scientific consensus on a safe and first-rate primary and secondary education is more important than ever.

See how my skills and experience matches up with the duties and responsibilities of a school board member.

Your support will help me insert timely thoughtful analysis and best practices into the school board.