This is an ad-hoc survey based on 54 survey respondents and 32 spousal responses. This is a low number, especially when looking at distributions of answers by the way they voted.

All but 3 of these respondents chose to remain anonymous.

I only focus on significant or dramatic survey response differences that also validate with other survey questions.

Nevertheless this set of respondents is biased in favor of those who took the time to fill out a survey on my website and should be taken with a large "grain of salt". 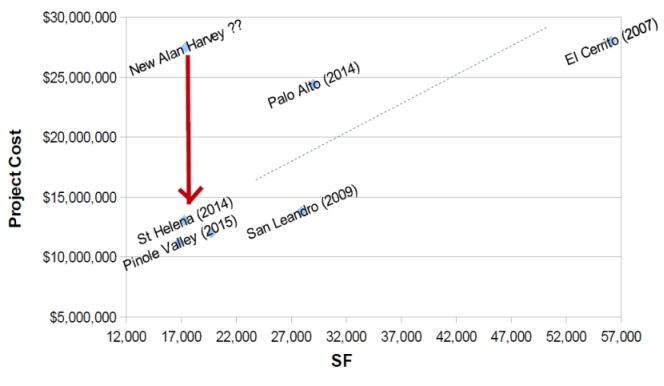 The renovation option is budgeted at $14.5 million, with $13.5 million of that to be covered by a bond that voters are being asked to approve (Measure H).

The District estimated a tear-down and rebuild of the Alan Harvey Theater would cost between $25 million and $30 million.

Famous Piedmont architect John Malick found this new construction estimate to be extremely high and reached out me and others.

What is included in the $14.5 million budget?

If the bond measure is approved, what would be the scope of the AHT renovation?

AHT would be renovated to meet all current accessibility and fire/life safety code requirements, including: accessible seating at every level in the theater along with companion seating; center aisles for safe egress; assistive listening devices; level paths of travel throughout the theater; a lift or other means of access to the stage; and ventilation and sprinkler systems.

Reduce ongoing utility and other expenses for our schools.

We are currently running a deficit and our reserves are dwindling. We could run out of reserves and start making cuts to educational programs or further cuts to support services.

The City of Piedmont has an ordinance that requires LEED certification, see Civic Green Building Ordinance: